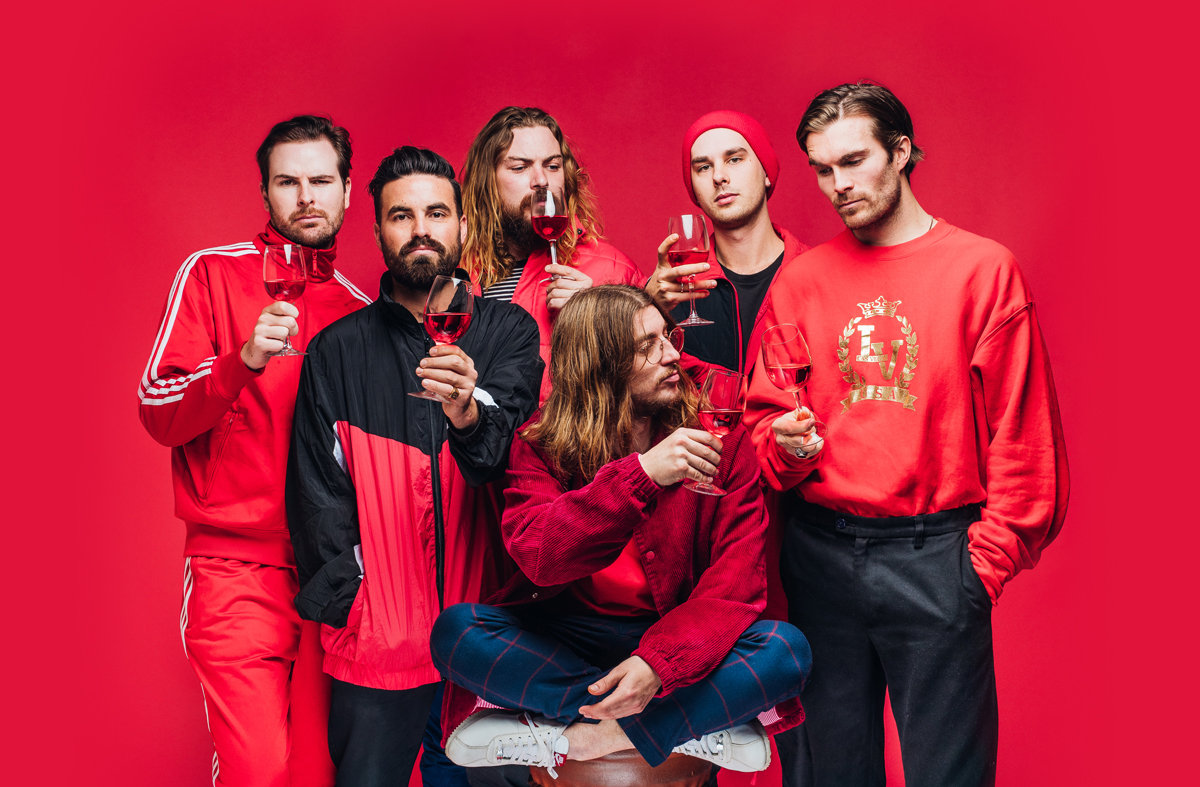 If you combine sexy, silky, velvet, and smooth, you would be close to a musical equivalent of Winston Surfshirt. Fronted by Winston himself, the six piece band from Australia jumped on the scene 4 years ago, playing small gigs in their hometown of Sydney. Their funky, sultry and addicting sound, they gained an incredibly strong and fast growing fan base. With nods and support from powerhouses like Triple J, Elton John, and Zane Lowe, their career was quickly catapulted. From touring with RÜFÜS DU SOL, to hitting every major festival in Australia, Winston Surfshirt is here to stay.

Their freshman album, Sponge Cake is a heaving-hitting 16-track long debut. Weaving funk, soul, hip-hop, and psychedelic rock into some of the best road trip music you’ll ever hear. Following up with a strong sequel in 2019, Apple Crumble showcases a deeper dive into their signature sound. It feels elevated, cleaner, but not in a hoity-toity way, more of a refinement. The band is obviously tighter, making the music more fun and bouncy. The first trumpet notes on “For The Record” could bring the sun out on the rainiest of days, and as soon as the beat drops, your body is overcome with an insatiable desire to groove.

Their music is equal parts, sunset-bonfire party on the beach, and a crisp beer in the backseat of your best mates’ car, on your way to a dance hall. Or put another way, pretty much everything that is groovy and cool in the world. 2020 was quiet for Winston Surfshirt, only releasing a collaborative single with DOPE LEMON, but if we know anything about artists staying quiet, it means big things are on the way.

As always, be excellent to each other, and party on!